Some persons said to be members of the Anambra State COVID-19 Task Force were on Monday, August 3, 2020, caught molesting and having unlawful carnal knowledge of a lady at Nkpor, Idemili North Local Government Area of the state.

The task force members whose number could not be ascertained at the time of filing this report were caught by a passer-by who immediately alerted others in the area.

Out of rage, the crowd quickly mobilised and pounced on the suspects, beating them mercilessly, also destroying their vehicle before allegedly handing over the suspects to the police.

The suspects had claimed that the victim flouted the COVID-19 law on compulsory wearing of face mask.

Governor Willie Obiano had set up a COVID-19 Task Force following the increase in the number of positive cases in the state.

The task force was given the mandate to ensure that people wear their face masks properly or face the option of performing community service, paying a fine of N10,000 or jail term. 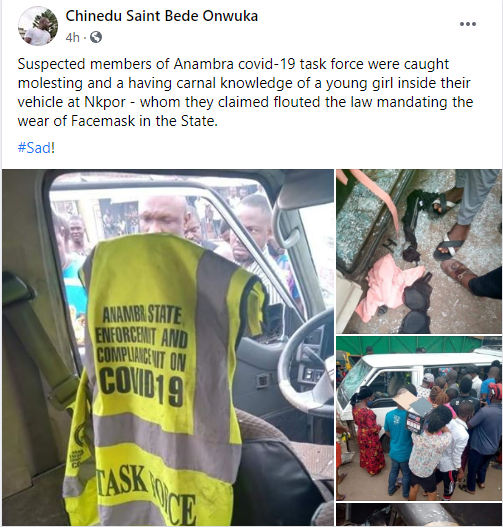 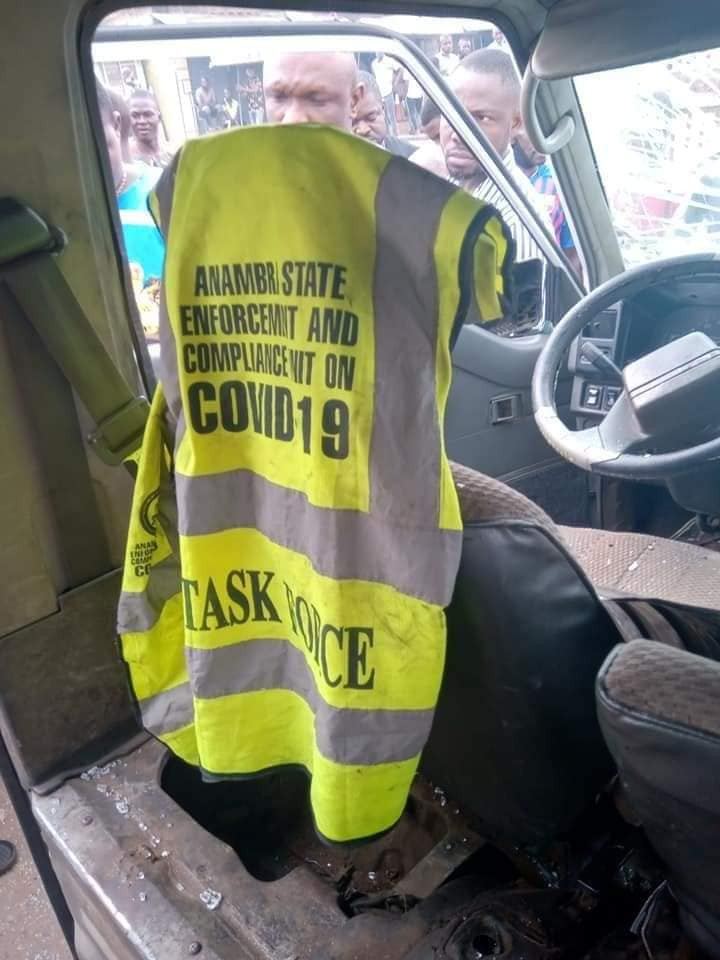 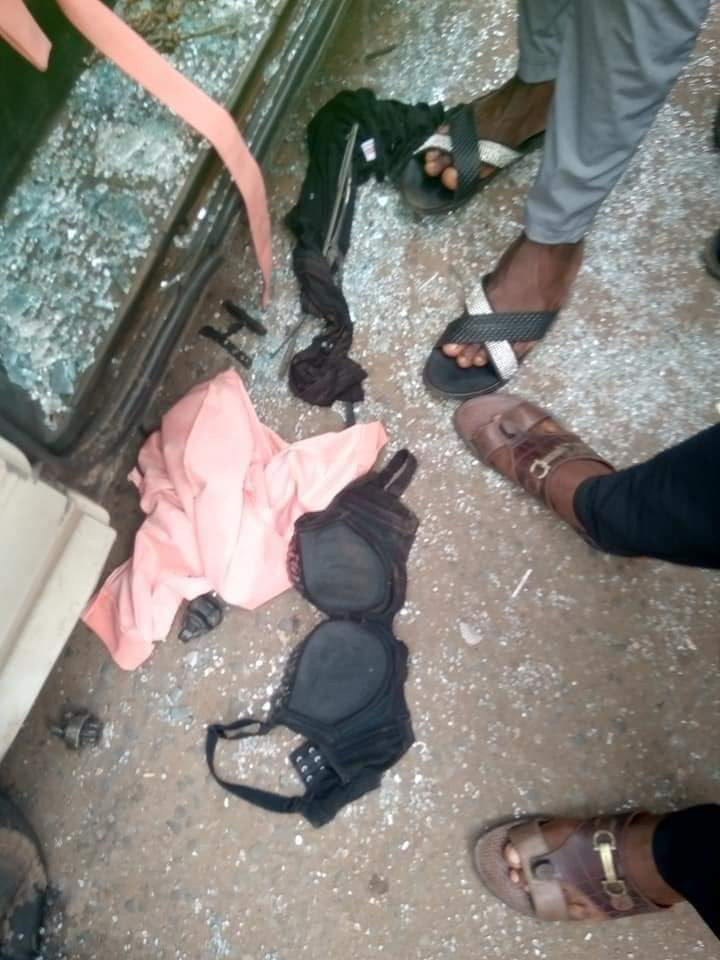 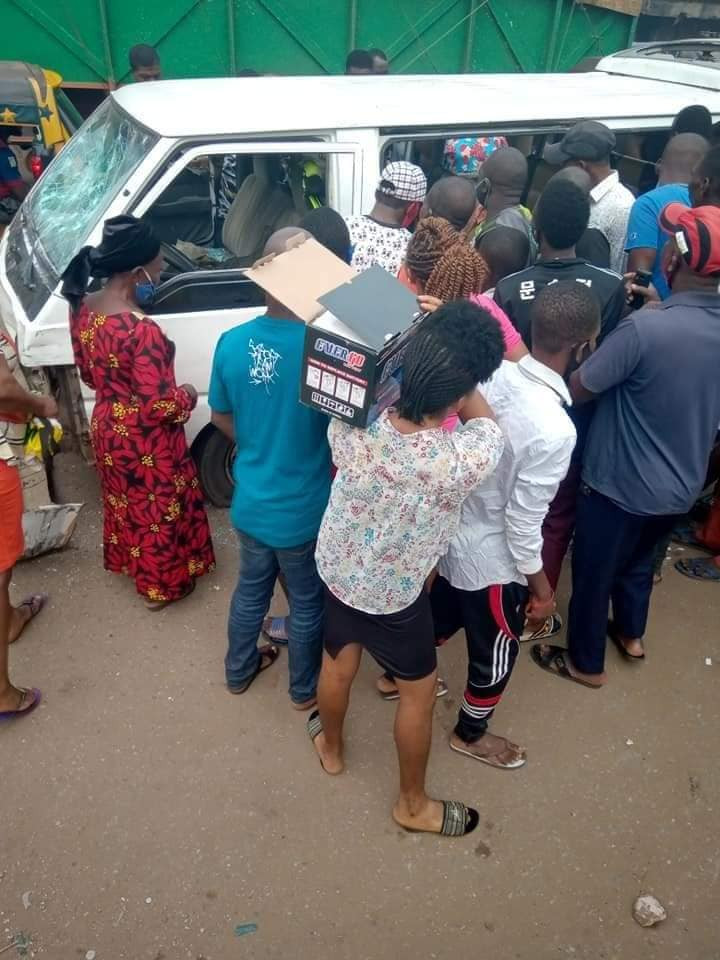 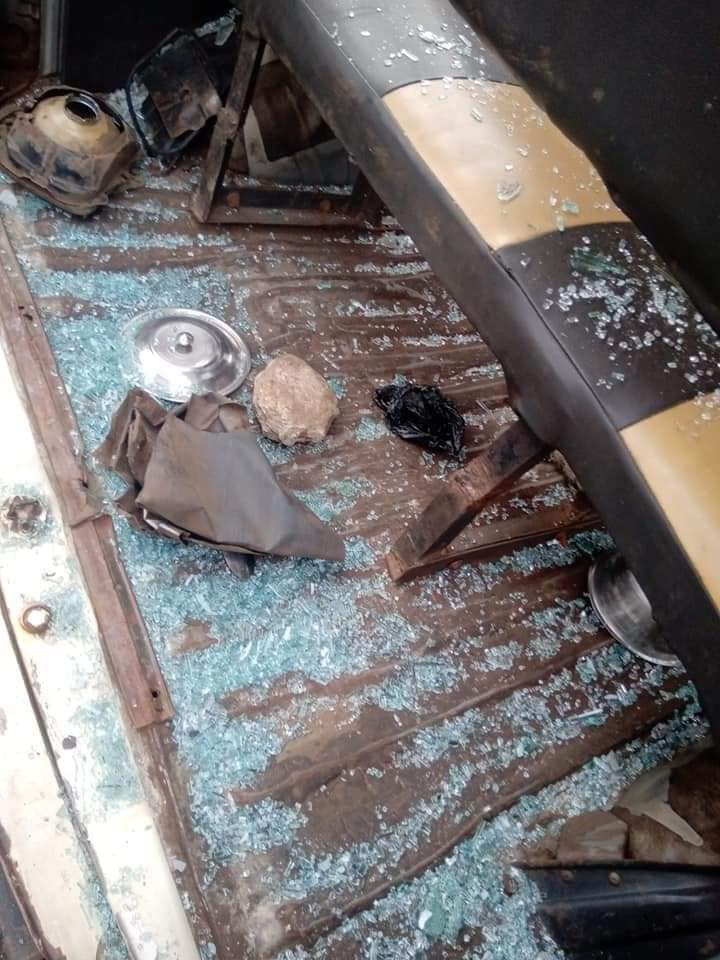 #EdoDecides2020: PDP, APC battle it out as results pour in