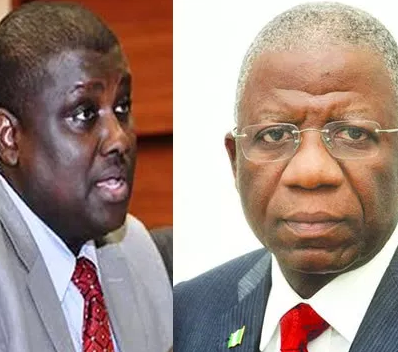 The trial of a former chairman of the defunct Pension Reform Task Force Team, Abdulrasheed Maina, proceeded in his absence at the Federal High Court in Abuja on Wednesday with the Economic and Financial Crimes Commission’s ninth witness testifying against the defendant.

Maina is being prosecuted by the EFCC on 12 counts of money laundering, involving N2bn.

The ninth prosecution witness, Rouqquaya Ibrahim, an EFCC investigator, told the court presided by Justice Okon Abang that her team’s investigation revealed how Maina and a former Head of Service of the Federation, Mr Stephen Oronsaye, allegedly used “five modules” to loot about N14bn from pension accounts.

Ibrahim, led by the prosecuting counsel, Mr Mohammed Abubakar, said EFCC investigations into the scam allegedly perpetrated between 2010 and 2011 revealed that Oronsaye was illegally operating 66 accounts in his office’s name.

She said the Office of the Accountant-General of the Federation disclosed to the commission that there was no approval for the opening of the 66 accounts.

“Part of what our investigation revealed was that the Head of Service, Mr Stephen Oronsaye, at that time was operating 66 illegal accounts,” she said.

“Pension funds would be paid into those accounts after which they would withdraw cash and hand over to the persons who asked them to give the account numbers.”

She said investigations revealed specifically that “Abdulrasheed Maina was deeply involved in stealing pension funds” running into billions of naira.

Justice Abang adjourned till December 4 for Ibrahim to continue her testimony.

A son of Maina, Fraisal, said to have jumped bail like his father, is also facing a separate money laundering case before the judge.

The prosecution in Fraisal’s case closed its case after Ibrahim concluded her testimony as the third prosecution witness on Wednesday.

The judge then adjourned till December 4 for the defendant to open his defence based on the assumption that “he may change his mind and come out of his hiding”.  (The Punch)